What you must know before moving to Miami 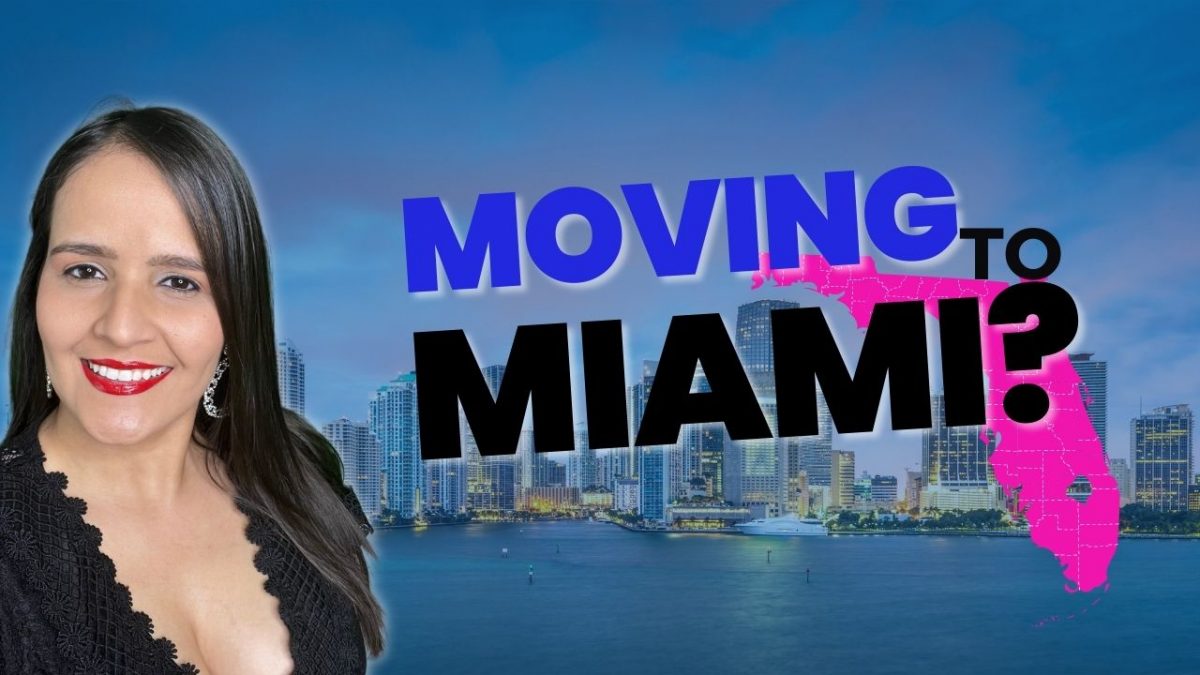 If you are planning to move to Miami you should read this blog. Maybe you are thinking what about if I regret it? What about if it’s not what I think?

Here is a list of the things you need to know if you are thinking to move to Miami.

If you’re sensitive to sudden weather changes, you must consider this option before moving to Miami. Much like Florida, it’s relatively hot, where you can expect a tropical rainy climate and lots of heat and humidity. In general, we know it is hot but it is not extremely hot either in Miami like if we think of other states like Nevada, Texas, and Arizona.

Florida’s average of 237 days a year of sunshine and Miami’s between 245 to 255 days undoubtedly beat the U.S. average of 205 days of sunshine. But you can also expect that at the moment it is super sunny and 5 minutes later is raining so hard that it looks like a storm is occurring outside from nowhere or vice versa. In the summertime, the hottest months are between July through October which also rains a lot. Due to these rains, the city is sometimes prone to floods like we’ve experienced in previous years. Flooding is a terrible reality that people of this area have no choice but to learn to live with and enjoy the rest of the vibes. Some areas are more than others but certainly, it’s a reality. 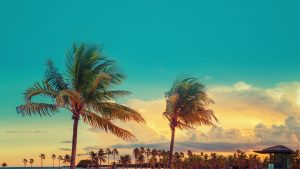 Fortunately, we have not had a direct hit from major hurricanes in Miami in recent years. Yes, Florida residents must deal and live with the idea of hurricanes but hurricanes could be more predictable than other natural disasters. Other cities must deal with earthquakes, fires, huge tornadoes, etc. At least with hurricanes, you can get prepared with enough time in case your area would get a possible hit by a storm. I am originally from Puerto Rico, an island in the Caribbean that is in the path of hurricanes like us in Florida that have got hit by major hurricanes almost every year, unfortunately. So I know what I am talking about. Even though Florida is on the hurricane’s path, it does not mean it will always get hit, you just need to be aware of it though.

In terms of building codes in real estate, I think this is very important to talk about. After Hurricane Andrew in 1992, Miami Dade and Broward Counties had to update and reinforce their building code.  The South Florida Building Code eliminates the construction of “stick” frame houses in South Florida and now must be block, concrete pillars, hurricane-strapped roof tresses, and other stuff. So the building code down here is very strict. This is super important to understand and to keep in mind. 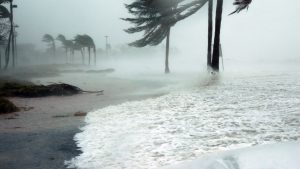 Now, winters are too short in Miami. Even though January is the coldest month for us, the average high temperature is 73 °F, and the average low temperature is 65 °F. We have also seen one day or maybe two in the year that could get into the 50’s. That is excessive cold for us.

Thousands of people move to Florida every month, and most of whom come here just because of the lowest state income taxes. The taxes in the state of Florida are consistently ranked among the lowest in the country, as the state does not impose an income tax on its residents.

And the overall sales tax is just 7%, which is relatively low compared to California, where it is above 8%. On average, homeowners are responsible for paying a 1.02 percent tax on the value of their property. So if a home was purchased at a sales price of $510,000, the annual property tax bill for such residence would be around $5,200 dollars.

In Miami, there is a common perception that you can earn more for the same job in other states compared to Miami. Living in this state will surely give you a different vibe but that does not mean you will earn the same as other states and more so in Miami. However, there is so much to do in this city.

According to ZipRecruiter, the average salary in Miami is over $53,000 lower than the national average of $70,075. If we go into details, around 25 percent of all workers have a salary that falls between $53,000 and $64,000. And 22% make between $64,000 and $75,000 annually. Recently I did a video talking about an article with the top 10 metros list provided by a recent article from RedFin showing and comparing the income growth between 2019 and 2021 by percentage which was very interesting. According to this article Miami had a 16.9% increase in the salary.

When we talk about the living cost, it is relatively above average. According to payscal.com, Miami has a 21% higher cost of living compared to the national average.

You Can Even Live Here Without a Car

Lots of people are living a happy life here with empty garages if they even have one. So, yeah, it is possible to live in Miami without needing a car, but this is entirely dependent on the neighborhood. In Miami, residential neighborhoods may be found within a short walking distance of businesses and services in Downtown Miami, Brickell and Coral Gables to mention some.

That means if you have a job in your neighborhood and it’s a 15 minutes city, you can easily rely on public transit, a walk, bike and ridesharing services when you want to go to other parts. But if your work office is some miles away from your home and the stores and markets aren’t in a reasonable range, then having a car is a must. So, you can consider this point as well before moving to Miami. I actually did a full video talking about the cities that are walkable in Miami only so you can watch it here.

Now, when it comes to buying a car, the cost of car ownership in a city like Miami may be relatively high. Even if gasoline prices are lower than the national average (which they are), auto insurance costs are relatively high. Keep that in mind. 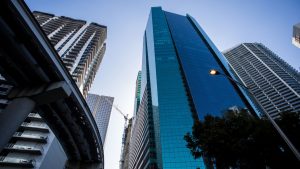 Although Miami is not nearly as notorious as Los Angeles or New York is for its traffic, there is still a significant amount of congestion in the city. Maybe this is because the city does not have a really extensive public transit infrastructure, which compels the majority of the city’s inhabitants to rely on their cars daily. According to some surveys, you’ll have to spend 40 minutes daily sitting in traffic each way. The city has been working on improving this for years and for a while now they are expanding the lanes on the freeways to try to help with the traffic so I guess we need to keep waiting to see the additional lanes and express lanes as well in some areas. 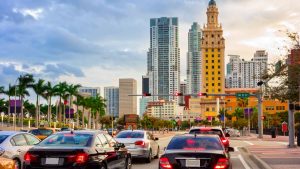 We also have to add to this list the things to do here in Miami. I mean it really is how much you can do and we have to do here in Miami as a local.  We have things for fashion lovers, art lovers, golf lovers, boat lovers, cruise lovers, food lovers, cultural lovers, sport lovers, concert lovers, luxury lifestyle. You name it. For the beach lovers, you can jet ski, take a boat, go snorkeling, dive, kayaking, paddleboarding with an amazing view and so much more.

For the natural outdoor lovers we have plenty of parks, tropical wonderland gardens, botanic parks and the best sunsets. In Miami, the sunsets are beautiful. We have a lot of parties going on every week, rooftop parties, music festivals, nightclubs like Mango’s Tropical Café. For the fashion lovers, we have lots of fashion designer stores in the city but also the city holds a lot of fashion events throughout the year.

You can also explore the vibrant and huge art deco the city has with lots of art events. We also are the first city in the world to have all major sports in the city for the sport lovers. And we have the best teams like the Miami Marlins, Miami Heat, Miami Dolphins and the rest. We have places like Everglades, Wynwood Walls, different museums, farmer’s markets to go and pick your own strawberries that you can visit. Again, you name it.

The city is vibrant and rich in history, art, music, nightlife, food options and of course the beach that if you are a local, locals don’t go to Miami Beach. Miami Beach is too crowded, it is full of tourists. We absolutely have other options.

There is not such a thing as an absolute perfect place, but certainly, there’s a lot to explore and enjoy with our Miami lifestyle. And if you’re thinking about buying or selling a house anywhere in South Florida my team and I we’d love to be your real estate resource of preference. Regardless of your timing, if that is moving today or two years, we can get you started now or in the future. We’re here to help.

Every week I sit down to create a weekly recap newsletter with valuable local Miami information for you such as: Miami housing updates, Miami lifestyle, real estate, new constructions, etc. Here is the link for you to subscribe NEWSLETTER. No spam! Just valuable information and resources for free! 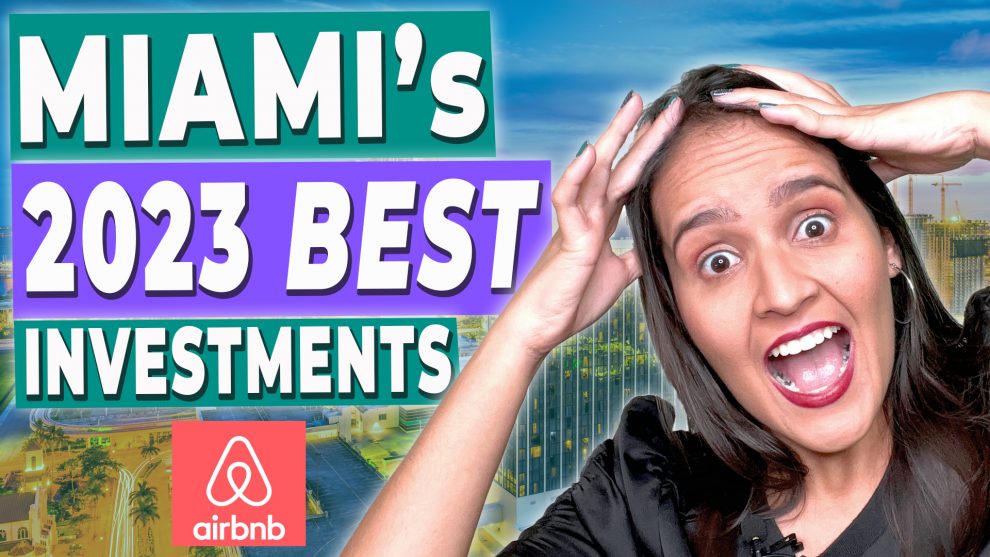 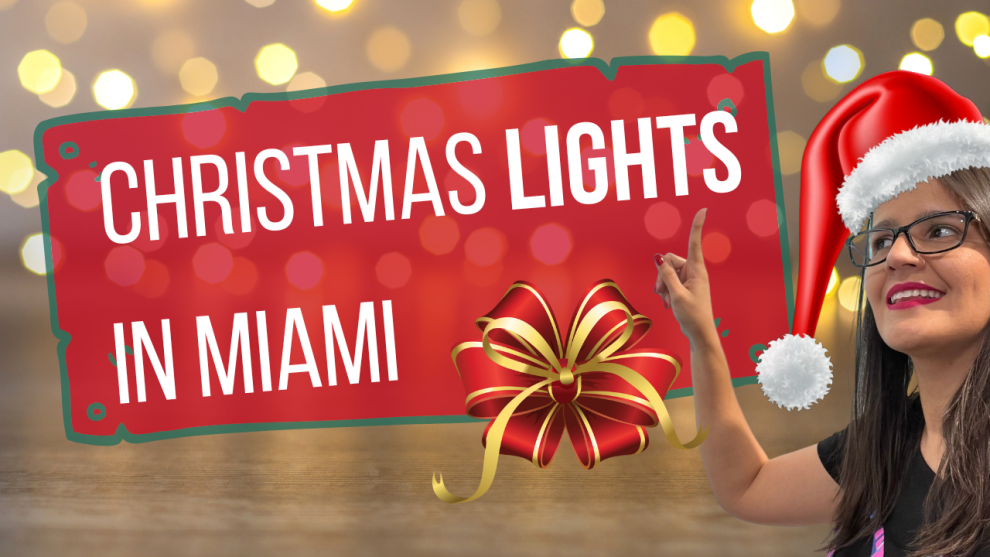 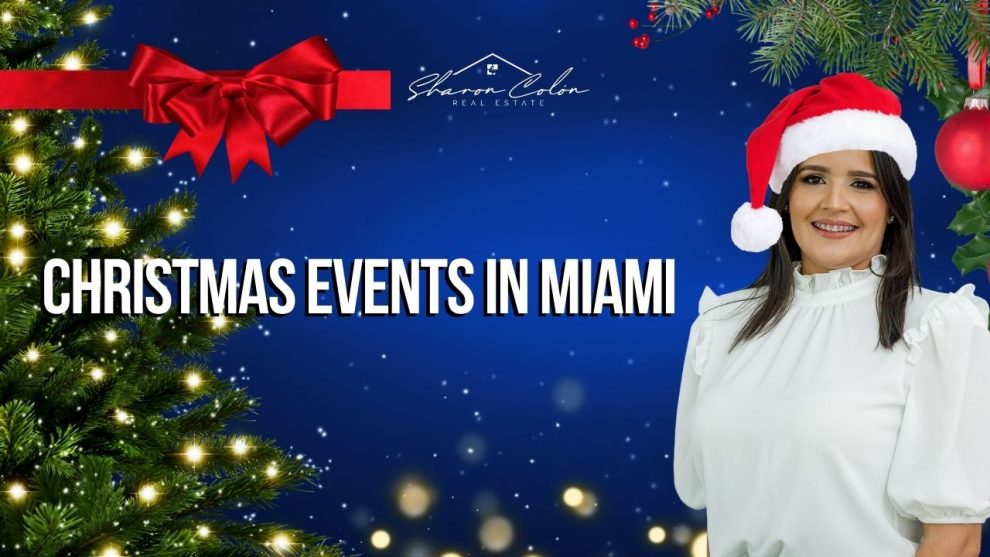