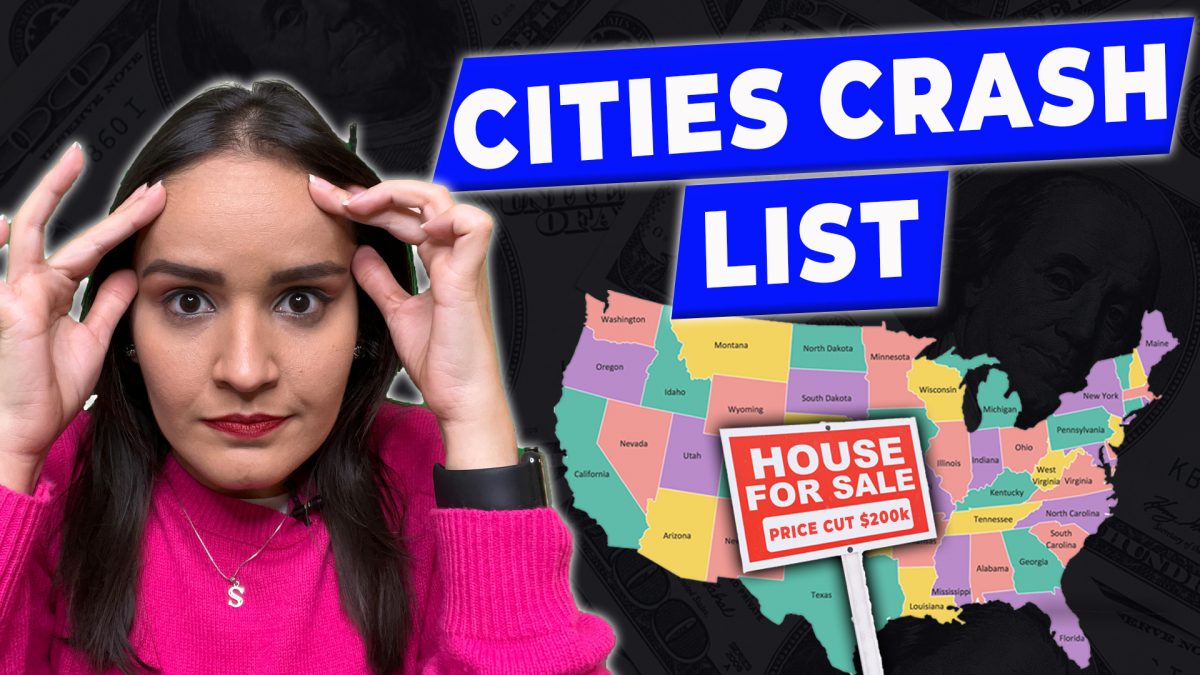 Cities in Risk of a Housing Crash

According to GOBankingRates, a crisis is predicted for 40 cities in the United States and the main cause is said to be the rising demand and the lesser inventory accompanied with higher inflation rate. Not only that but, Florida has just made its way to the list as well.

In the same article from GOBankingRates, median home prices have increased by 16.9%, which is a climb up to $346,900  than the previous year, and that’s the highest mark recorded since 1999. In their study, they collected all data on and up to date as of May 23, 2022.

Further, the article says that the recent hike in interest rates which according to the economists will slow home sales in the coming months of 2022.

Even though there are cities all around the nation in this list, there are 40, I’ll talk about the cities in Florida

Cities in Florida in Risk of a Housing Crash

Methodology: How they find the cities in risk of a housing crash

According to www.gobankingrates.com after analyzing the 200 largest cities at the national level, these are the four main factors about how they built their research:

1.- They collected the mortgage percentage of 30 to 89 days delinquents from the MSAs sourced from the Consumer  Financial Protection Bureau. 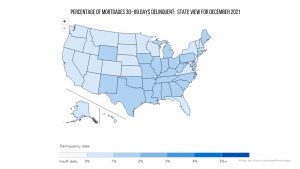 2.- Factor two is 90 plus days mortgage delinquents  from the same source. 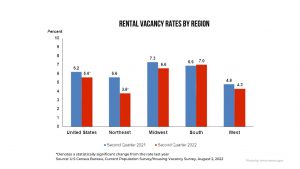 This chart shows the rental vacancy rate with comparison between the Second Quarter of 2021 and 2022. The highest vacancies were observed  in the South region standing at 7.0 this year and midwest.

4.- The homeownership rates by region which in 2022 shows same or higher numbers than 2021. 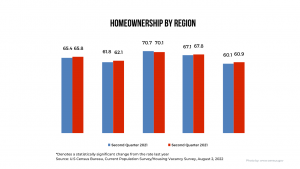 After all the data collected, these factors were scored and the cities which had the highest score were considered most likely to be poised by the housing crisis.

Then these 100 cities were reranked and moved to the next step while collecting the National foreclosure data as well by RealtyTrac, which is the method’s factor five. 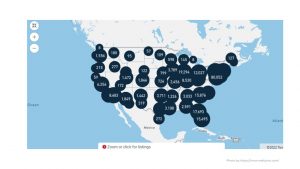 According to GoBankingRates, home-sale price rising has become a reason for the home sales decline. But also the increase in mortgage rates.

You know that every month I do the Miami housing market updates and according to the latest data from July, from the Miami Association of Realtors data, Miami Dade’s  June 2022 total home-sale although decreased compared to June 2021 from 4,057 to 2,891, was considered the third best June in history despite the increase in mortgage rates.

Even though both median single family home prices and condo prices increased in June 2022.  We had our third best June in history.

As far as mortgage rates, from the beginning of this year we saw an increase of mortgage rates with an average of 3% to 6% in six months. Further, after all the inflation the rates reached its highest mark this year till now in June to 5.81.  Which is showing a decrease of 0.59 points  in August dropping  to 5.22. 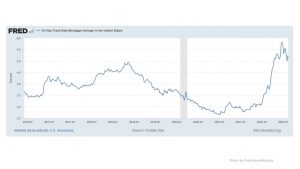 This chart and the next ones are from “Keeping Current Matters” which shows the different recessions which occurred in the United States during the years with dropping mortgage rates.

Definitely we are and we will be seeing more headlines talking about this, about recession. But does a recession equals a housing crisis? Or is the way around? Is housing the one who affects the recession?

With price changes in the same last 6 recessions with something really important: “housing is not what is affected by the recession but its the other way around” back in 2008, a recession did not affect housing. Housing affected the recession. 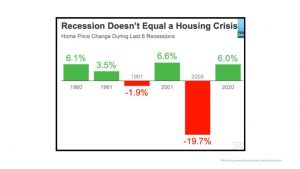 Now, here are the mortgage rates predictions presented which were released in July 2022. And these were provided by sources like Freddie Mac, Fannie Mae, MBA and NAR

The first column displays the quarters of the year.  Its  2022 Quarter 4 and the very last column displays the average of all four sources together. What the experts project is that the mortgage interest rates holding “pretty steady,” in the low 5s in the next 12 months. However, we have a very important factor here which is inflation.

Kate Rezabek from KCM’s stated that: “Inflation is the enemy of long term mortgage rate so we have to continue to watch inflation and all the things happening in the economy around us to get a really good sense of where the mortgage rates are headed and what’s going to happen” 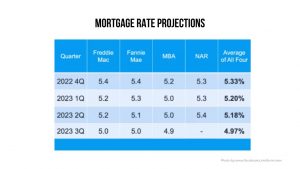 Below is the home-price forecast for 2022 followed by the 7 key industry leaders.  When it comes to pricing and these are their latest projections.

The average of all these together is 10.3% appreciation for the rest of this year. Yes, it’s a little bit more moderate than the record breaking prices last year but it continues with the appreciation.

We know that buyer demand has decreased but there is more inventory coming available. The pace of sales is slowing. Yes, this is true. But we still have the demand out there, buyer demand still out piecing the homes available.

And yes, when there are more buyers than the available homes, prices will continue to rise. The only difference now is in a decelerated pace. This is happening nationally and in most markets. 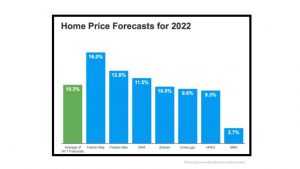 Here is an important quote from the chief economist Mark Zandi from Moody’’s Analytics “I don’t think national housing prices will decline in a meaningful way, but there will be price declines across the country”.

There will be a decline in the housing prices all around the country. However, in most markets and after seeing the whole forecasts and predictions, there is a continued appreciation.

If we are seeing the housing market predictions with the steady mortgage rates and home prices projected to rise, it may be a good time for buyers to get back to the market before the home prices continue to increase further and now even more when we are heading into a balanced market with more inventory coming to the market. 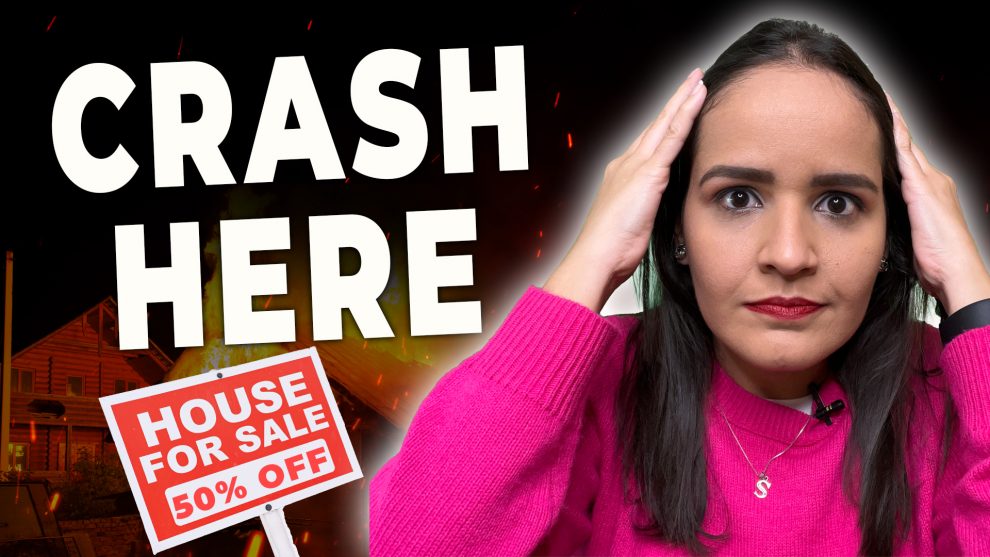 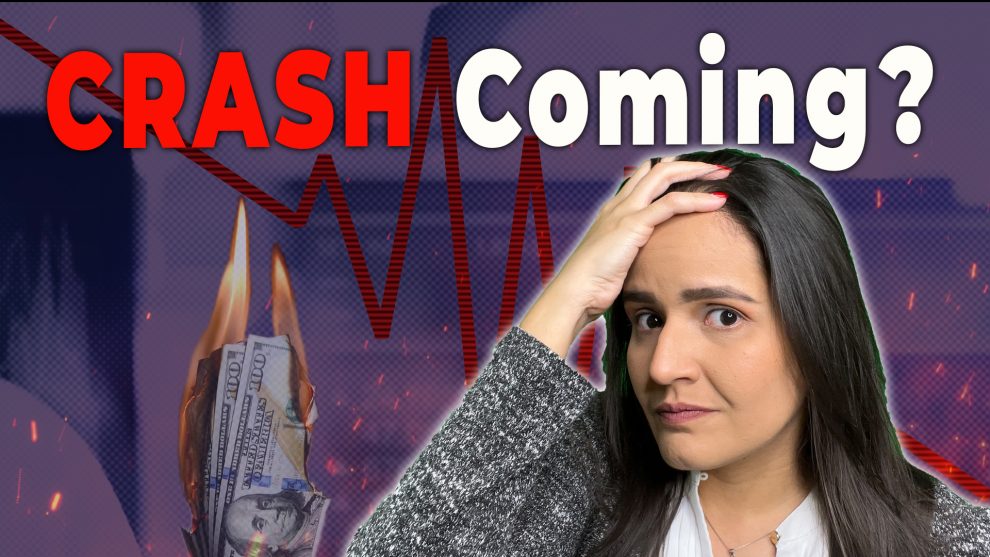 Is It a Crash Coming to Miami?